nths in between posts is pretty abysmal, I admit it. But in my defense, my camera died. Surprisingly, it wasn’t because I dropped it (I have now been relegated to plastic and Corelle dishes exclusively since I drop about half of what I pick up.) No, something happened to it internally, so the shutter only fired half the time, and the LCD screen shorted out. At any rate, as someone who can easily take 400 pictures a day, often of the same chicken, I was devastated by the loss. But about a month ago, Gene found a great replacement – not only does it take phenomenal pictures, it’s also the lightest weight professional-level camera I’ve ever seen, so I can hold it for extended periods of time. To celebrate our new purchase, Gene took me to Bubba’s and bought me a big bag of French fries, which we then offered up one at a time to the seagulls on the beach. He practically had to drag me away, even though I only got 712 photos.

Life on the farm, with a few exceptions, was pretty routine this winter. As usual, there were 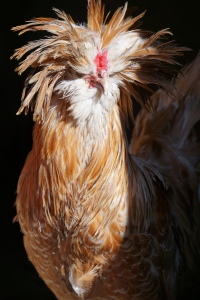 happy moments, like when I discovered a brand new greenhouse frog living in the orange tree, and heartbreaking ones, like when poor Hawthorne made the transition to a higher plane of existence with the help of a coyote. But truly, never has a turkey lived a happier, more fulfilling life. We also have further proof that Polish chickens only come in male, and have had to rename both Ms. Pepper and Mama Buffington (Dr. Pepper and Papa Buffington, respectively).

Woolimina and Shy Shy are still the best of friends, and I’ll periodically let them out into the front yard to eat the long grass. They have to be supervised though, ever since Woolimina took it upon herself to 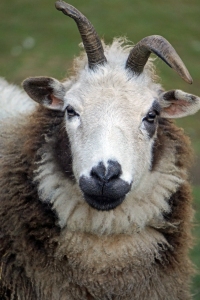 prune my Sugar Sweet cherry bushes into oblivion. Skeeter and Big Mack, our two remaining Flemish Giant rabbits, are also master pruners, to the extent that Gene is going to have to build some fences around the raised beds in the front now that planting season is just around the corner. I was weeding just this morning, and discovered they’d beaten me to the first plump, crispy asparagus spear I’ve ever grown, after patiently waiting three years for one to make an appearance. Not that I recognized it initially – I actually snapped it off, thinking it was a giant, partially gnawed weed. I never claimed to be an asparagus expert.

Things have been up and down in the world of indoor critters as well. Raphael the ferret passed away from some sort of brain problem, and I miss him quite a bit. But we gave him 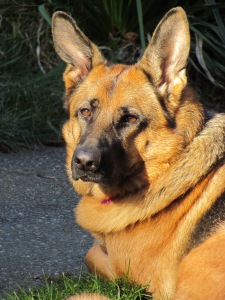 a few years pampered luxury living after rescuing him, and I’m quite sure he went to a better place, filled with blankets, plastic balls, and all the tunnels he could ever want to explore. Ceri has been diagnosed with hip dysplasia, even though she’s not even four years old yet, but I’m confident we’ve caught it in time to be able to stall the progression. Now every Friday she gets water therapy, where she swims in a heated pool and gets a massage. She’s definitely living up to her nickname of the $10,000 Dog, but she’s worth every penny, even if she does hog all the pillows at night.

In aquatic news, Luigi the Thai Purple Devil Crab passed on, presumably from old age. But the cycle of life continues, in the form of a pregnant Amano shrimp we brought home from the pet store. We originally got the shrimp to help with the algae problem in the small tank, and the clerk was ecstatic when she

discovered the shrimp had visible eggs. Shrimpy, as she likes to be called, was installed in her own special tank that sits on top of the 150 gallon tank in the dining room. And by “special tank”, I mean glass jar whose former purpose in life was holding drinks such as lemonade and iced tea at BBQs. (Whatever, people, it washes). Unfortunately, there’s quite a bit of contradictory information out there regarding the breeding of Amano shrimp (the eggs need brine! Salt water will kill the eggs!) And we must have gone the wrong route, because she no longer has eggs – plus she molted, which means she’s ready to breed again, but there aren’t any baby shrimp in the jar. So now Shrimpy is back with the boys, and I’m stuck with a jar full of baby snails of utterly unknown origin. They either came in with Shrimpy’s water, or Shrimpy has alternative views on dating and we’re now the proud parents of about 50 shrails. Right now they’re about the size of a speck of dust, so time will tell.