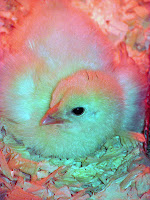 Lots of exciting changes here on the farm this week! Gene finally got tired of listening to my incessant whining about how lonely the empty brooding box looked, how depressing it was to walk by when it’s dark and desolate, and so forth, and he finally agreed to let me get more chicks! He set the limit at eight, and I’m proud to say for the first time, in like, ever, I stuck to it! I got three different kinds of chicks; light brahmas, dark cornish, and partridge rock. Then the very next day, I found someone selling an incubator on craigslist for a great price, so now I can hatch our own, 24 at a time! I’m so excited… we’re going to be up to 500 chickens in no time.

But more chickens aren’t the only new additions. One of my followers (thank you Liz!) found someone who needed to rehome three ducks, and for some reason mine was the first name she thought of when she read the ad. Apparently this person had found a wild, orphaned duckling wandering around, and took her home. Not wanting her to be lonely, she got two Pekin ducklings to keep her company. Long story short, duck keeping isn’t for everybody (for a variety of mostly stank-related reasons), and now the trio is here!

The two pekins look exactly like Jack and Daniels, and the wild duckling is so cute and tiny. Gene brought them home early this morning, and when I filled their pool up for the first time, it was like Christmas and Fourth of July all rolled into one. They swam around happily in circles, then splashed almost all the water out. They’re going to fit in well. 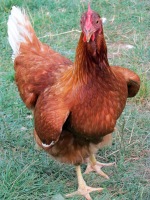 Since the heat hasn’t broken yet, during the afternoons I refill everyone’s water, and give the hogs a bath. Thanks to Gene belting out, “working at the hogwash, yeah”, the first time we hosed off the pigs, that stupid song gets stuck in my head for hours every time I give them a shower. The chickens spend most of their day in the shade underneath the deck, and when they do venture outside (usually for treats), they hold their wings out from their bodies to get more air circulation under their feathers. They look pretty miserable in the 85+ degree weather, and look like they’re going to throw a punch at the next person who comments, “Hey, how about that heat?” 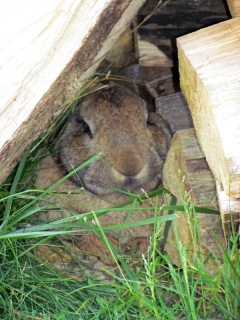 Harvey, on the other hand, seems to enjoy it. He loves being let out every morning, and spends most of his time underneath the deck by the steps. He’s also laid claim to a hiding spot behind two pieces of wood leaning against the wood pile, which causes the chickens lots of consternation. They are used to him ambling around now, but when he hides there, I think they forget that they know him, and treat him like some furry monster lurking in its lair.

Still no baby goats yet, but Ariel is looking bigger every day. Mama goats will start to have a secretion from their nether regions 24-48 hours before giving birth, so I’ve spent way too much time staring at goat hoo-hoos in the last week. I guess I just want advance notice so I can prepare to panic.